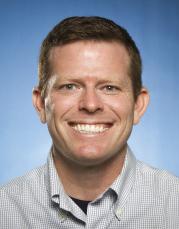 Dr. Matthew Sitkowski is the Executive Weather Producer at The Weather Channel. He works with senior management, meteorologists, on-camera talent, and graphic artists to determine and coordinate the production of daily weather stories. In addition, he is a producer for WX Geeks, a Sunday morning talk show hosted by Dr. Marshall Shepherd. WX Geeks serves as a national platform to discuss weather and climate policy, communication successes and failures, and other topical issues of interest to the weather enterprise.

Matt received his PhD in Atmospheric Science (2012) from the University of Wisconsin-Madison and has published several peer-reviewed articles with emphasis on hurricane intensity and structure changes. In August of 2011, he flew aboard a hurricane hunter aircraft into the eye of Hurricane Irene. While earning a BS in Meteorology (2004) at Florida State University and an MS in Meteorology (2007) at University of Hawaii-Manoa, he worked at the National Hurricane Center in Miami, FL and the Honolulu Forecast Office/Central Pacific Hurricane Center in Honolulu, HI. Dr. Sitkowski also attended the 2010 AMS Summer Policy Program and has been on the AMS Membership Committee since 2011.