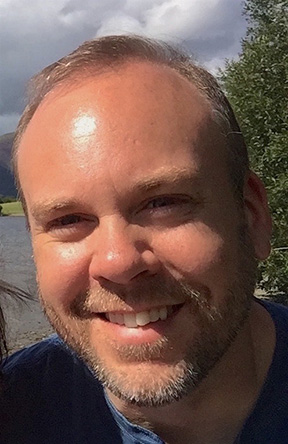 The Arctic helps regulate Earth’s overall temperature, radiating excess energy from the Sun back into space as infrared radiation. Current satellites do not include far-infrared wavelengths as part of their measurements of radiative energy from Earth, creating a significant data-gap in measuring the Arctic’s energy balance. As part of a recent NASA initiative, Professor Tristan L’Ecuyer is leading The Polar Radiant Energy In the Far Infrared Experiment (PREFIRE), an experiment that aims to study the radiant energy of the Arctic with small CubeStat satellites. The group hopes this technology can both fill in current data-gaps and provide a cheaper alternative to traditional satellites.

Where did the idea for this project come from?

The ideas for this project have actually been developing for many years. We have known that the far-infrared wavelengths contain valuable information about the colder, drier regions of our atmosphere (e.g. polar regions and the upper troposphere/lower stratosphere) for several decades. Research has also shown that there are large uncertainties in our ability to simulate polar climate change and we lack accurate measurements to reduce these uncertainties because maintaining instruments in the inhospitable polar conditions is very difficult. These ideas came together in conversations at JPL about 5 years ago when we realized that some new technologies developed for some planetary science missions might be ideal for filling this observational gap and improving our knowledge of polar climate. Working with engineers and project managers at JPL and other scientists at the Universities of Colorado and Michigan for about six months, a concept for a new satellite mission proposal developed and we submitted a proposal for PREFIRE in the fall of 2016.

What research goals are you hoping to accomplish with PREFIRE?

PREFIRE is focused on improving our understanding of thermal energy exchanges in the polar regions. These exchanges make up a big part of the polar energy budgets and have a strong influence on polar climate change. We hope to improve estimates of the heat exchanged from the surface to the atmosphere (known as surface emissivity) and of the factors that govern the atmospheric greenhouse effect like water vapor and thin clouds. There is also a modeling component to the project that will examine how this better information influences predictions of Arctic climate change and, especially, predictions of how fast sea ice will recede and how fast the ice sheets will melt in the future.

Why have these far-infrared wavelengths not been measured before?

This is what makes the project so exciting. The primary reason is that the photons at these long wavelengths have very low energies. As a result, measuring these longer far-infrared wavelengths has always required that the detectors be cooled to very low temperatures in order to measure them. This resulted in large, heavy instruments that were very expensive and also quite risky to launch into space. What makes the PREFIRE measurements possible are recent developments in instrument technology associated with two other satellite missions that mapped mineral compositions on the surface of Mars and the moon. The new detectors that came out of these missions use gold atoms to create extremely absorptive surfaces that are able to measure low energy far-infrared photons without any cooling. Other advances in miniaturization have made it possible to make the instrument small enough to fit in a 10x10x10 cm cube, weighing less than 1 kg, and requiring only a couple of Watts of power to operate.

What exactly is a CubeStat satellite?

CubeSats are very small satellites ranging in size from smaller than a loaf of bread to a small file cabinet. The PREFIRE satellites will be about the size of a cereal box. CubeSats are cheap to build, easy to launch, usually on rockets with other, larger telecommunications satellites, and offer the chance to make valuable scientific observations at a fraction of the cost of traditional satellite platforms that often cost 100’s of millions of dollars.

With the satellites not planning to launch for about another two years, what work have you done so far on PREFIRE?

Two years is a very short time to build and launch a satellite from scratch. Most satellite missions take 5 years or more to develop so we have a lot of work to do! The instrument teams at JPL have been busy developing models of the instrument and how it will fit within the CubeSat. They are also testing parts and starting to build some components of the instrument. We have also been working with NASA to make initial arrangements for launching the satellites in a couple of years and the science team is busy developing algorithms for extracting information from the data that we collect. We will soon be setting up a data center that will allow scientists to test these algorithms and others to access our data once we collect it.

What do you plan to do with the data you collect with these satellites?

As soon as we collect any data we will need to verify its quality and test out our science algorithms. It may take a few months to be sure that the data are accurate enough and our algorithms working well enough to start producing the data products we plan to create. At that point we will be ready to process the data and disseminate the resulting information to users in the science community. We will be producing estimates of polar clouds, emission from snow and ice surfaces, and the atmospheric greenhouse effect at both poles. This information will be used to evaluate climate models and improve predictions of how fast polar temperatures are warming, ice sheets are melting, and sea ice is receding.